On the 4th of March 2018, Calcio fans were left devastated by the news of Davide Astori’s tragic passing. The defender passed away during his sleep, as his team, Fiorentina, were preparing to take on Udinese. 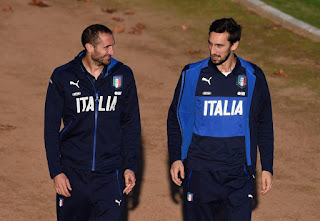 The late Viola captain was a beloved figure in the Italian national team, and was longtime friends with Juve’s Giorgio Chiellini and Leonardo Bonucci.

The Bianconeri defenders led Italy towards European glory, as the Azzurri lifted the Euro 2020 trophy following a dramatic shootout against England in Wembley.

The Three Lions took an early lead through Luke Shaw, but Roberto Mancini’s men bounced back in the second half and found the equalizer through Bonucci, as the score remained 1-1 after 120 minutes of play.

The Old Lady’s defenders both dedicated the great triumph to their late teammate, and Astori’s brother – Bruno – thanked them in the name of the entire family.

“I think Davide ran alongside Giorgio and the boys during every step of this European championship,” said Astori according to ilBianconero.

“Their dedication goes beyond all circumstances and Giorgio’s tears are those of a group of young people who shared joys, pains, difficulties and emotions. They have spent years together in the locker rooms of the Azzurri, since the days of the youth teams.

“They gave it all throughout those years, between missed opportunities and qualifications, but without ever giving up!” he added.

“We often think of these guys as otherworldly heroes, because from the outside we see them so perfect and unapproachable. On behalf of our whole family… thank you guys… with all my heart!” concluded Davide’s brother.

Could not authenticate you.